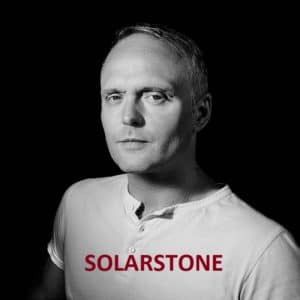 The music project Solar Stone was founded in Birmingham in 1997 by Richard Mowatt, Andy Bury and Sam Tierney. Since 1994 the trio had been known as the Space Kittens. Sam Tierney left the group in 1997 owing to musical differences, and in 2006 Andy Bury also left, leaving Mowatt as the sole member.

Solarstone has had three major hit singles in the UK. The most successful was Seven Cities, which reached number 39 in 1999. The song was one of the earliest and most famous examples of the Balearic trance genre, and has been re-released three times. The song has sold over 500,000 copies.

Solarstone has also produced several remixes and collaborated with renowned trance artists such as Paul Oakenfold, Matt Darey, The Thrillseekers and Ferry Corsten.

In 2014, Solarstone and Giuseppe Ottaviani began a collaboration project known as PureNRG (Trance Group). PureNRG have since released a number of singles, and perform live on stage regularly.

Together with the Trance DJ Robbie Nelson, since 2004 Rich Mowatt has produced the Solaris International Radio Show, which is distributed through various online channels. In the early years, the programme appeared irregularly and was a mix of interviews and new music, but since December 2006 (Episode 33) it has appeared as a weekly, two-hour podcast. It is hosted alternately by Nelson and Mowatt and includes new tracks and remixes, a half-hour guest DJ mix, and at least one classic trance track from the late 1990s or early 2000s. The music selection is increasingly influenced by members of the social network Solar, which was founded by Mowatt. The 250th episode was broadcast on 14 March 2011. Solaris International had its 466th and last episode on 25 August 2015.

On 2 September 2015, Solarstone launched the first episode of his new radio show Pure Trance Radio. Episode 100 was broadcast on 9 August 2017, live from the A State of Trance Studio in Amsterdam. 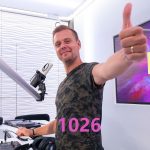 A State of Trance 1022
by Armin Van Buuren